As you may have noticed, my first May post has been abysmally late. It was originally scheduled for the 10th, then I bumped it to the 17th (I felt that writing my final paper needed my attention that week), and yet here we are on May 23rd, and there is still no post. Worry not, gentle reader, for it will be forthcoming, and for your patience, you will be rewarded with three posts this week.

One post is a surprise, but the other is the long-overdue second installment of Love and Chaos. Not gonna lie, it’s wacky. Truth be told, I did not know what would happen in beyond the halfway mark, and my making-things-up-as-I-went, rewriting scenes multiple times (only to scrap them days later), and going back to edit it all is largely what caused the delay. But I’m okay with that, and here’s why:

Love and Chaos is the most prose I've written in a long, long time.

True, I’ve re-written plenty of scenes for the Styx Trilogy, but like I always say, rewriting is easy, writing is hard. I’ve been in a slump since I finished my third book, oh, about three years ago, unable to move on and really start a new project despite having dozens of ideas. Yet here I am, only five and a half months into 2017, and I’ve written 7,278 of the first Love and Chaos installment and estimate that the second will be about 12,000 more. That’s almost 20,000 words, meaning that once I finish the last installment, the final product will be at least half as long as my first book. In six months! That is a huge deal for me.

So if, like me, you have an incredibly hard time with the writing part of the writing process and are dealing with chronic writer's block, let me share with you what I have learned while writing this novella:


And that’s all I’ve got. Rose Corcoran writes. What a novel(la) concept! Stay tuned this week, because there's plenty more to come. 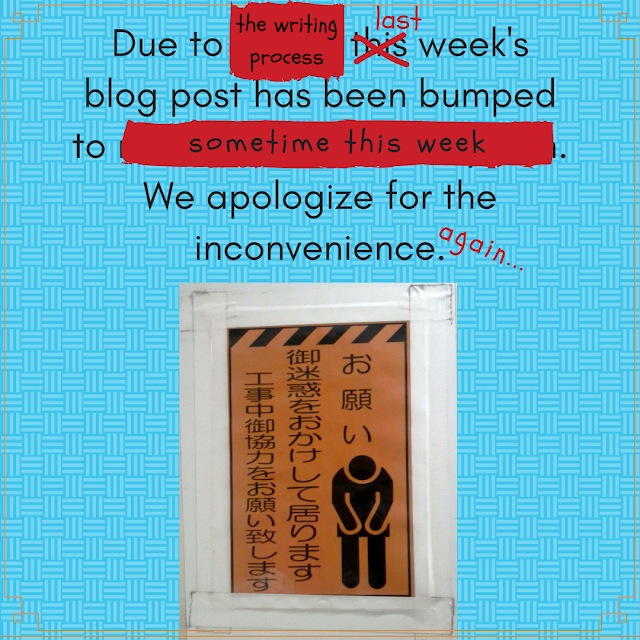 *Note, however, that this same story is referenced in Outcast Shadows, and as it is told by Raina, a Styxian goblin, it is likely full of exaggerated details and complete fabrications. I like to think I’m capturing a bit of that larger-than-life feel.

**Plus, my aunt thought it was adorable, so there you go.
Email ThisBlogThis!Share to TwitterShare to FacebookShare to Pinterest
Labels: Behind the scenes