One of my favorite parts of working in a school library is making book displays. Our library had enough space for three displays every month. Below is a compilation of pictures of all of my displays throughout the school year.

The main decoration for these displays involved paper rosettes (made from old book pages) with a medallion in the center. These medallions had different sides based on the Dewey Decimal number in play (circles for 100 and 200, triangles for 300, squares for 400, pentagons for 500, and so on). I also tried to color code them to match the sign mosts months. The exception is 000, which was my first display, and thus more slapped together. The most popular of these displays was 700: Arts and Recreation. 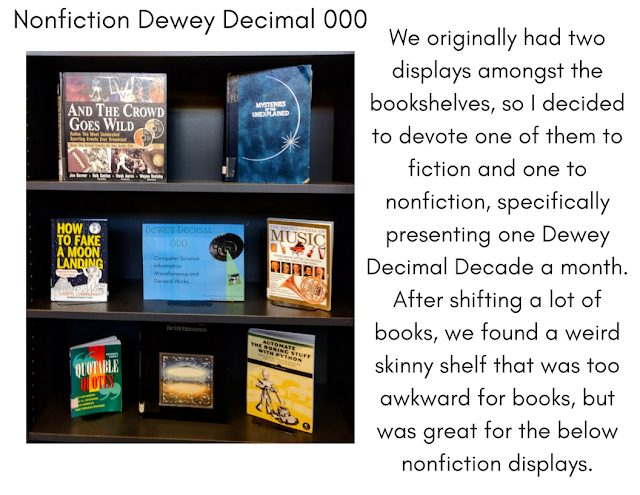 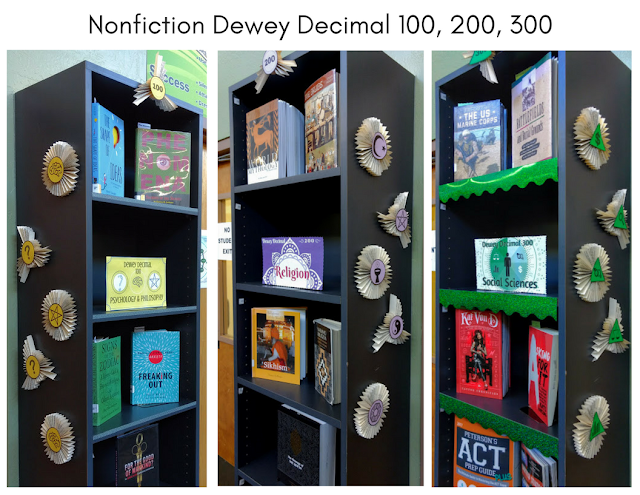 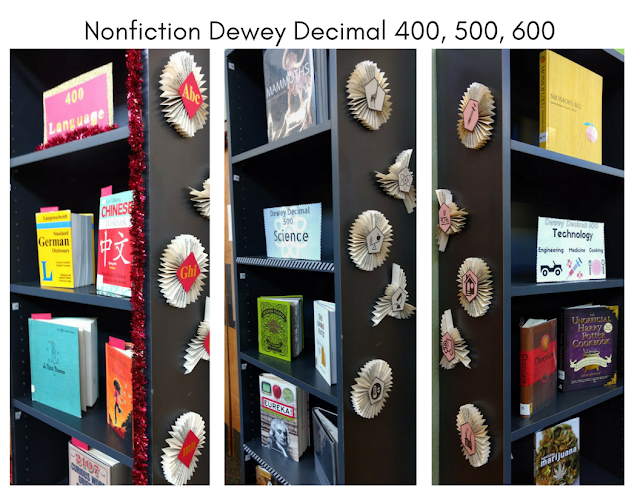 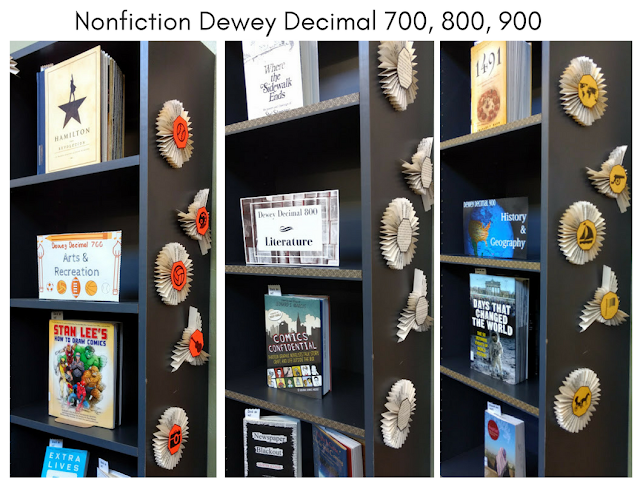 With fiction, I tried to think of what genres and subgenres might be popular with high school students, as well as a few that I thought might be worthwhile even if unpopular (Foreign Authors, for example). The most popular were Fairy Tales Retold, Mysteries & Whodunits, and Science Fiction. 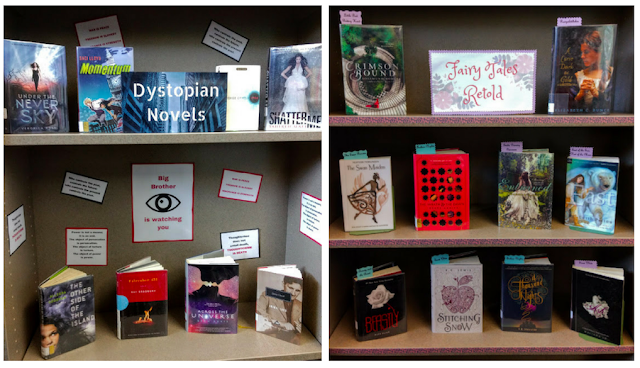 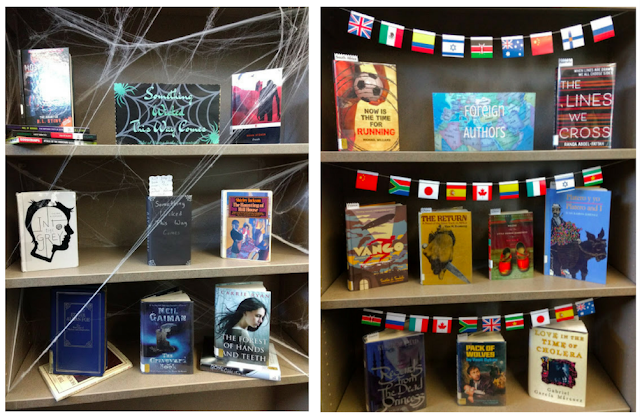 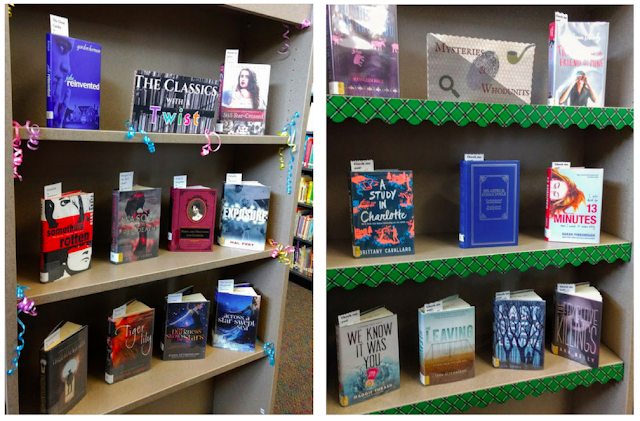 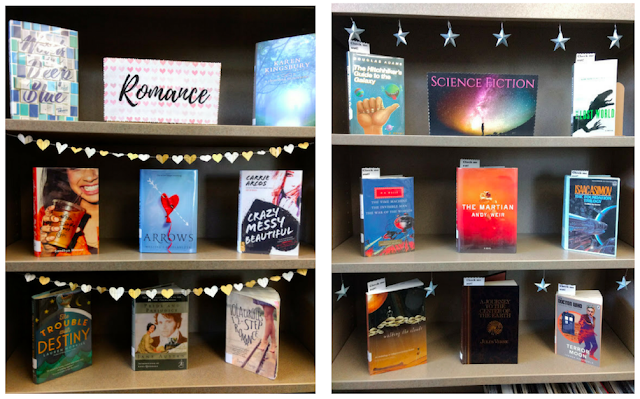 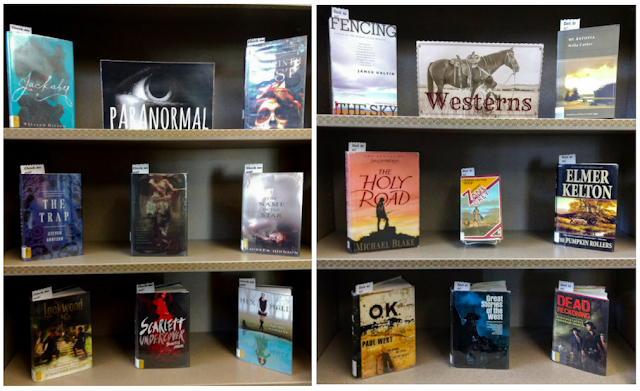 This is the most noticeable display space in the library, centrally located and next to some tables that many students study at. I tried to do some special stuff with the bookmarks, like listing the release of movies that were based on the displayed book, or give some idea of what was in each book, but these didn't seem to catch on, so I eventually settled on all of them simply saying "Check me out!", since some student seemed reluctant to check out books on display. The most popular of these display were Coming Soon the a Theater Near You (books being made into movies in the current or coming years), Spooky Ghostly Tales (in October, of course), and Thrillers & True Crime (which was my personal favorite as well). 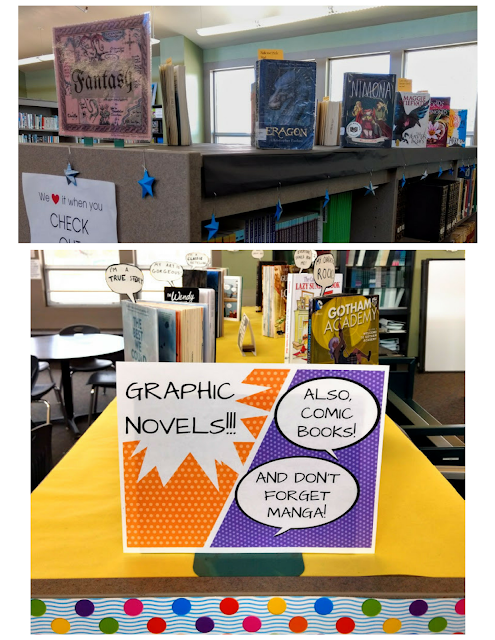 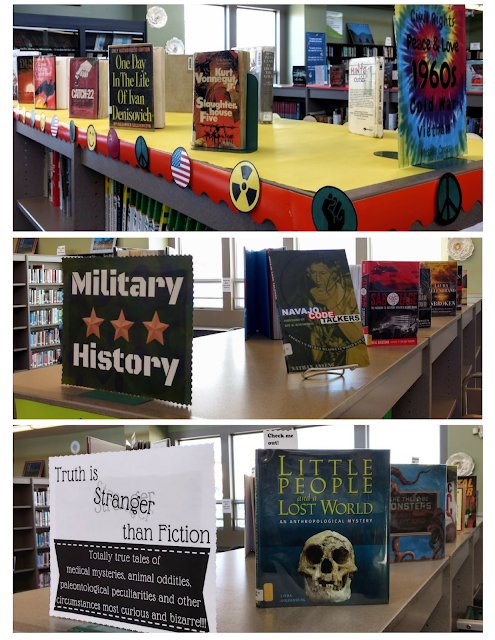 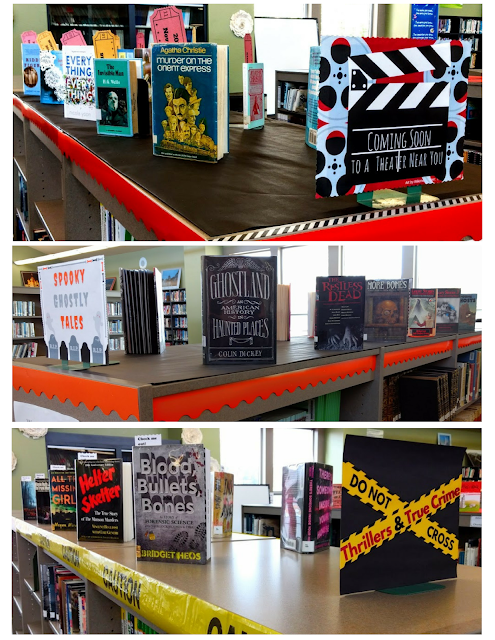 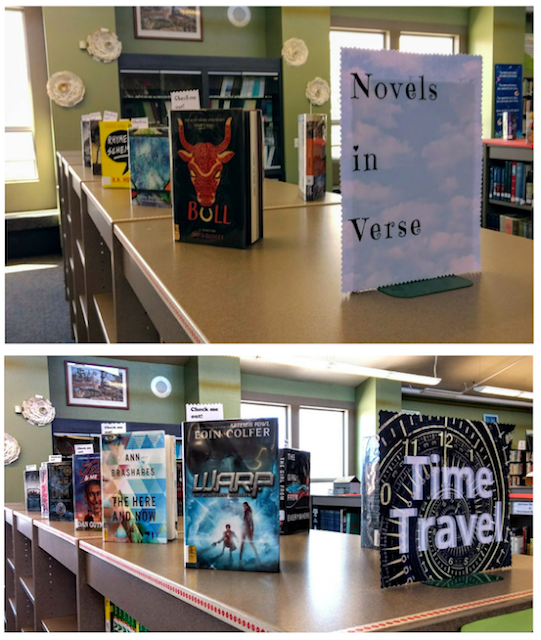