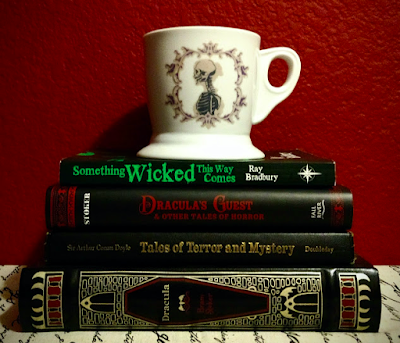 “Horror” is a difficult genre to pin down, because there are so many things that horrify us. Gore, death, the unknown, stepping on a snail barefoot (10/10 would not recommend). For the longest time, I didn’t think I liked horror until I started reading r/NoSleep, a subreddit wherein people tell fictional scary stories, but everyone—author and readers—pretend they're real, like a strange forum for people who have had terrifying and otherworldly experiences that you might accidentally run across if you were researching the supernatural (there is, by the way, a different subreddit for nonfiction accounts of supernatural encounters). I love the stories on r/NoSleep, and after thinking about it, realized that I also really like Asian horror like Seeds of Anxiety, The Eye, and some episodes of xxxHolic. On the other hand, I’m not a fan of Ringu or The Grudge. I can’t stand most American horror movies, be they monster movies, zombie flicks, or slasher films, but I like do A Quiet Place and most of Shyamalan's work. I theorize that, for me, it’s comes down to the type of horror in question. Thus, I thought I would examine these types and break the horror genre into several subcategories, based on how the horror is achieved.

Slasher:
These are your basic blood and guts visceral scares. Obviously franchises like The Purge and Saw fit in here, but I would argue that Nightmare on Elm Street and a great many Steven King movies (the supernatural ones, anyway) fit in as well. Some might argue with this last assertion, saying those fears are psychological or psychic in nature, but I think that they're still handled like slasher movies. Anyone can die, usually in over-the-top gruesome ways. While Pennywise or Freddy Krueger might have the trappings of dark entities that can manifest your fears or invade your dreams, they’re actually just souped-up spree-killers who happen to be able to murder a little more creatively than most. The “horror” of this genre comes from disgust and shock. Jump scares and gore are used to great effect. To be honest, I’m not a fan of this kind of horror, first because I think it’s gross and icky but also because it doesn’t really stick with you. It’s scary while you’re watching (or reading? Are there slasher books?), but once you’re done, you don't really worry about any of it anymore.

Suspense:
These are based around a sense of unease and nervousness. These are edge-of-your-seat stories. Who can you trust? What is real? Some of these will use dramatic irony (we know there’s a murderer in the house, but the character doesn’t!). A great deal of them use disability as a theme, whether to make the main character appear more vulnerable (as in The Spiral Staircase, Rear Window, or Scream of Fear), to portray the villain as more terrifying (like The Visit and Don’t Breathe), or to examine something interesting about the disability itself (like Wait Until Dark or The Eye). Occasionally this genre will add supernatural or scifi elements for added scares. The Thing is a great example of this: the monster spends most of the film on screen, and the audience knows this, but it’s a shapeshifter, so they don’t know who it is. Suspense often has twist endings, and will leave you thinking, if not actually frightened, long after the story has ended.

Uncanny:
This horror is one of existential dread, brought on by the question, what was it?. This is the realm of things being where they just shouldn’t (staircases in the middle of the woods, teeth anywhere other than in a mouth, a mouth anywhere other than on a head), or of things that should be there, but that aren’t (like chilling out with a friend one night, only to get a text informing you that he had died the day before). These stories raise your hair and shiver your spine, because unlike the violence of slashers and the fear of suspense—two things which our primate brains can wrap around—uncanny horror can’t be understood on a purely physical level. Real-life strange-encounter stories fall into this category: I heard someone call my name, even though I was home alone; we caught something big on camera crawling up the side of a building; I saw a white thing. Fictional stories of this nature are best when kept short, with as little explanation as possible. The horror comes from not understanding, of not knowing, and of kind of not wanting to know. The best uncanny stories stick with you, making you a little afraid to look in mirrors or check on noises or walk along rivers at night, because what if you saw something, and worse, didn't know what it was.

Spooky:
Ok, so this one isn’t actually a type of horror, and it’s not horrific in any way, but I had to add it as an honorable mention. This is a difficult genre to fit anywhere. Is it fantasy? Supernatural? Horror? Books like Something Wicked this Way Comes and cartoons like Over the Garden Wall epitomize this genre. They aren’t scary, but parts are kind of… spooky. They’re fun, and low-key, and usually kid-friendly, but they still have that slight otherworldly autumnal feel, like when you’re taking a walk and you feel like maybe this particular spot on the trail might be a little haunted, but then you think that’s a weird thing to think, but you still can’t shake the feeling that you're right. There’s something oddly natural about their supernatural elements, like the writers have tapped into something that we can’t see, but that we all know is there. If you’re the sort who wants to read or watch something for Halloween, but you hate being scared, find something spooky!

And that is my breakdown of the horror genre. It’s probably not exhaustive, but I think those are the three or four main groups. They may be combined (in monster stories especially) or refined, and come as movies, books, video games, short stories, and even comics. Because it’s October, and you might all be looking for some scary or spooky stories, I’m here to help (not with slasher stuff, though, sorry). These include old and new stories, from both professional writers and random people on the internet. I highly recommend them all:

For suspense:
Wait Until Dark (movie)
The Visit (movie)
The Eye (movie (Hong Kong version))
For uncanny:
Stories from a Canadian Research Outpost (r/NoSleep series)
I'ma Search and Rescue Officer for the US Forest Service, I have some stories to tell (r/NoSleep series)
Seeds of Anxiety (manga. As far as I know, it's not available to buy in English, so I don't feel bad linking to a scanlation site. Starts a bit goofy, but gets scarier as it goes on. DO NOT READ if you don't like being royally creeped out.)

For spooky:
Something Wicked This Way Comes (book)
October Country (book of short stories)
Over the Garden Wall (TV mini-series)
Hard to categorize, but still highly recommended:
Tales from the Gas Station (r/NoSleep series, but soon to be a book)
The Things We See in the Woods (r/NoSleep short story)
The Yellow Wallpaper (short story)

Email ThisBlogThis!Share to TwitterShare to FacebookShare to Pinterest
Labels: musings