Certain goblin cultures have different naming habits. The inhabitants of Greml have names such as Balder, Snittany, and Pilganton. The K’nick’nak tribe, who perform naturalistic magic, traditionally name their children after plants and mushrooms, for example: Bramble, Morel, Tumble Weed, Thistle, Toadstool, Webcap. Some K’nick’nakians have taken to adopting names from other goblin cultures, as well as the odd human name when the fancy strikes them. A similar practice is used by the Styx royal family, who have goblin first names and human middle names, a practice no doubt started due to Styx’s close proximity to the human-run Empire.

Below are the most common goblin names, separated by gender, followed by unisex and surnames. 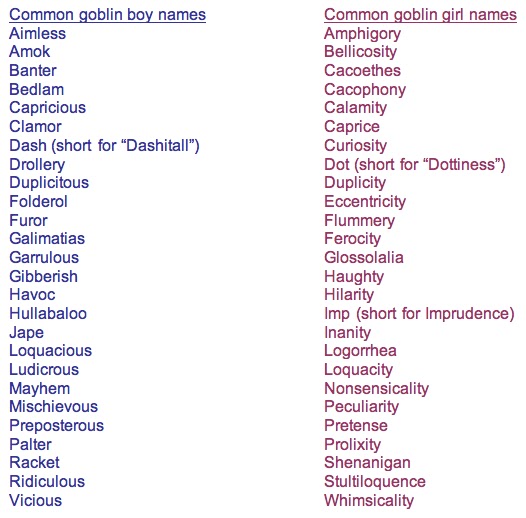